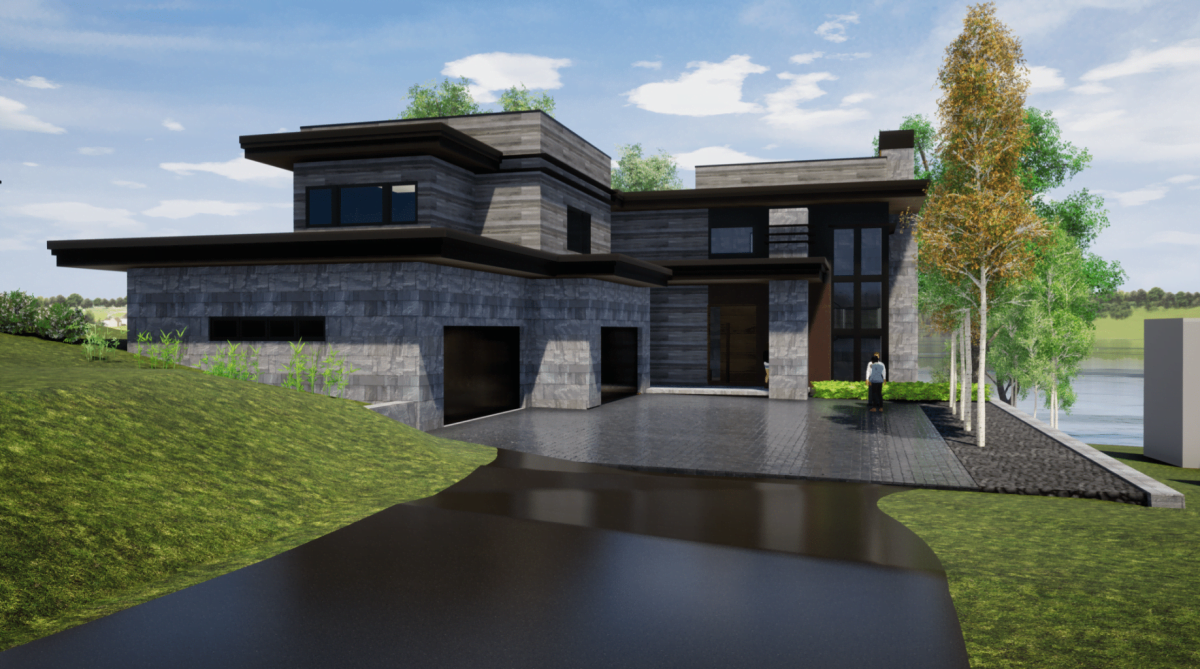 We’re excited to be building another mountain modern home on Lake Minnetonka.  This one is located on Maxwell bay and will be featured as one of our 2 Artisan home tour homes in June 2018. 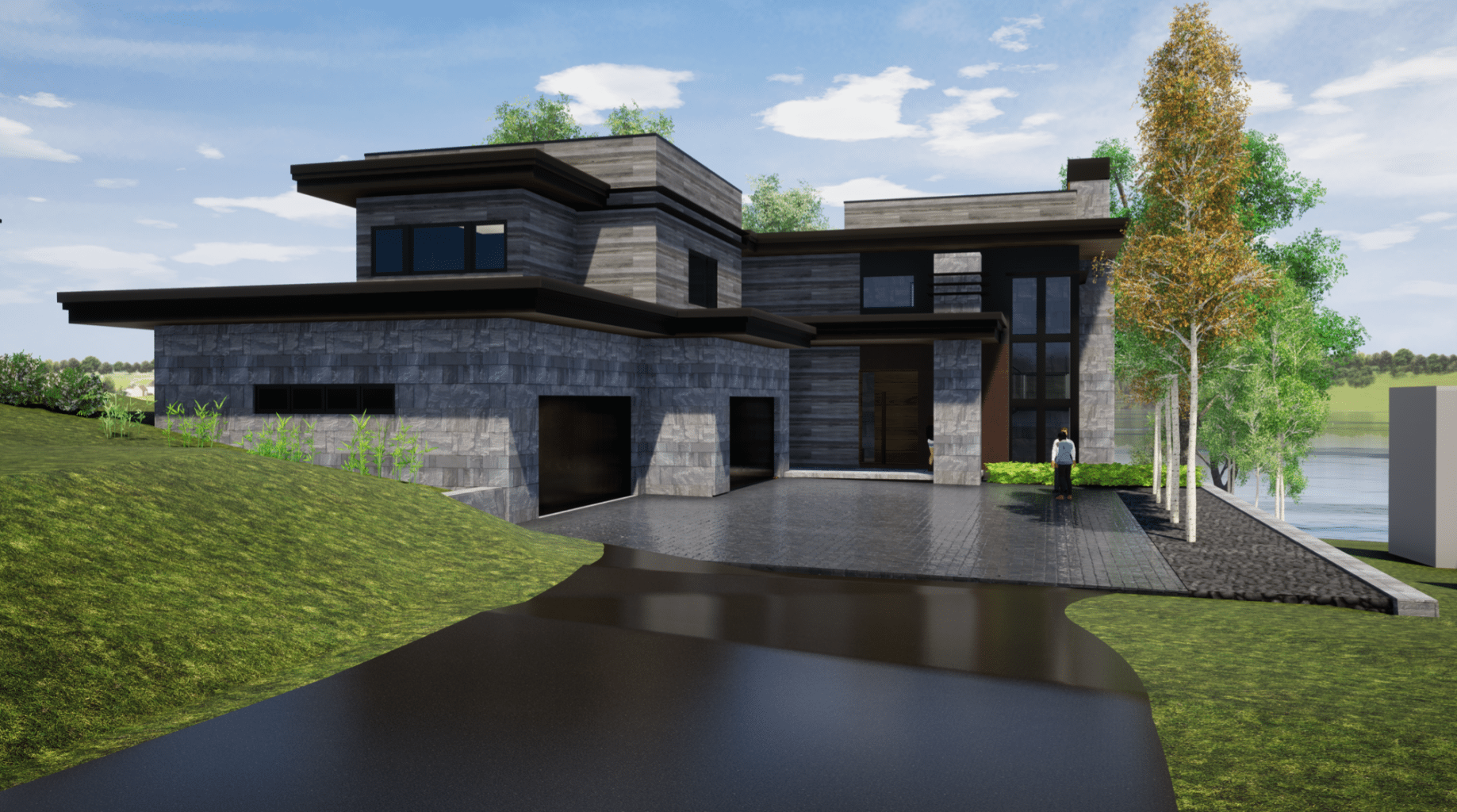 The exterior is a mixture of reclaimed barnwood, stone & corten steel.  We’ll be posting more photos as construction progresses.

2 sided, steel warehouse window wine cellar in the foyer & gathering rooms.  And some pretty nice views of the lake…. 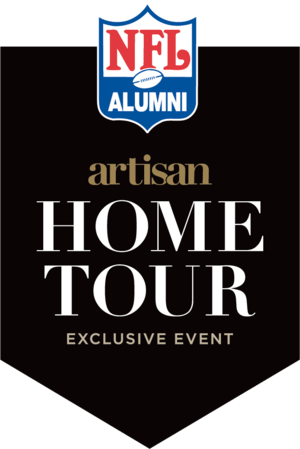 SEE THEM IN ONE AMAZING EVENT!

The Builders Association of the Twin Cities, producer of the Artisan Home Tour by Parade of Homes, and the NFL Alumni Association have partnered together to present the NFL Alumni Artisan Home Tour. Spend Saturday morning of Super Bowl weekend riding in comfortable motor coaches to tour four amazing high-end residences located in the western Twin Cities suburbs (see below). Then be transported to a special lunch/reception hosted by NFL Alumni at the historic Lafayette Club in Minnetonka Beach! Tickets are limited! Proceeds benefit the BATC Foundation and NFL Alumni Association.

You’ll be picked up at a designated location (in Minneapolis or Minnetonka – pick-up locations TBA). Then you’ll be motor coached in comfort to four amazing high-end residences located in the western Twin Cities suburbs in Eden Prairie, Orono, Shorewood and Wayzata. These homes have been built by regular participants in the annual Artisan Home Tour. The homeowners and/or builders will be in attendance. Afterwards, you’ll enjoy a special lunch/reception hosted by NFL Alumni at the historic Lafayette Club in Minnetonka Beach! Finally, you’ll be transported back to your starting location. The NFL Alumni Artisan Home Tour will only happen once on Saturday, February 3. Darrell Thompson will be one of the NFL Alumni players at a reception/lunch at the Lafayette Club. Darrell played college football for the MN Golden Gophers, where he became the school’s all-time leader in career rushing yards. He then played in the NFL for the Green Bay Packers, where he played in 60 games, gained 1,640 rushing, 330 yards receiving, and scored eight touchdowns.

(More players to be announced soon)

$200 PER PERSON WITH PROCEEDS BENEFITTING:

The BATC Foundation is a non-profit 501(c)3 composed of members of the Builders Association of the Twin Cities who contribute their time, materials and expertise to help Twin Cities families in need by building and remodeling homes.

The NFL Alumni Association is a non-profit 501(c)3 that offers a variety of medical, financial and social programs to help members lead healthy, productive and connected lives, as well as community initiatives under its “Caring for Kids” programs. 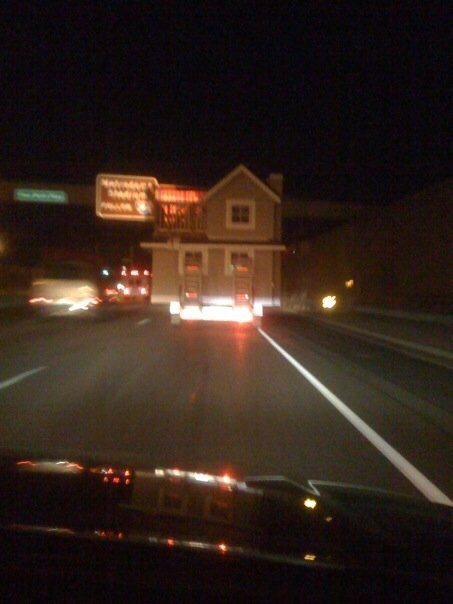 6 years ago, Stonewood built a ‘playhouse’ for donation to the Minneapolis institute of art.  Designed by Alexander Design Group, and built with donations from many of our trade partners, it’s the only ‘tiny house’ that Stonewood has built to date.

2 stories, hardwood floors through, a front porch, a deck off the 2nd level, ships ladder to the 2nd level, fireplace, elaborate millwork detail including wainscoting and wood ceiling details…

It was a nerve-racking 3am drive from our office parking lot to the institute – the first overpass was a bit scary! 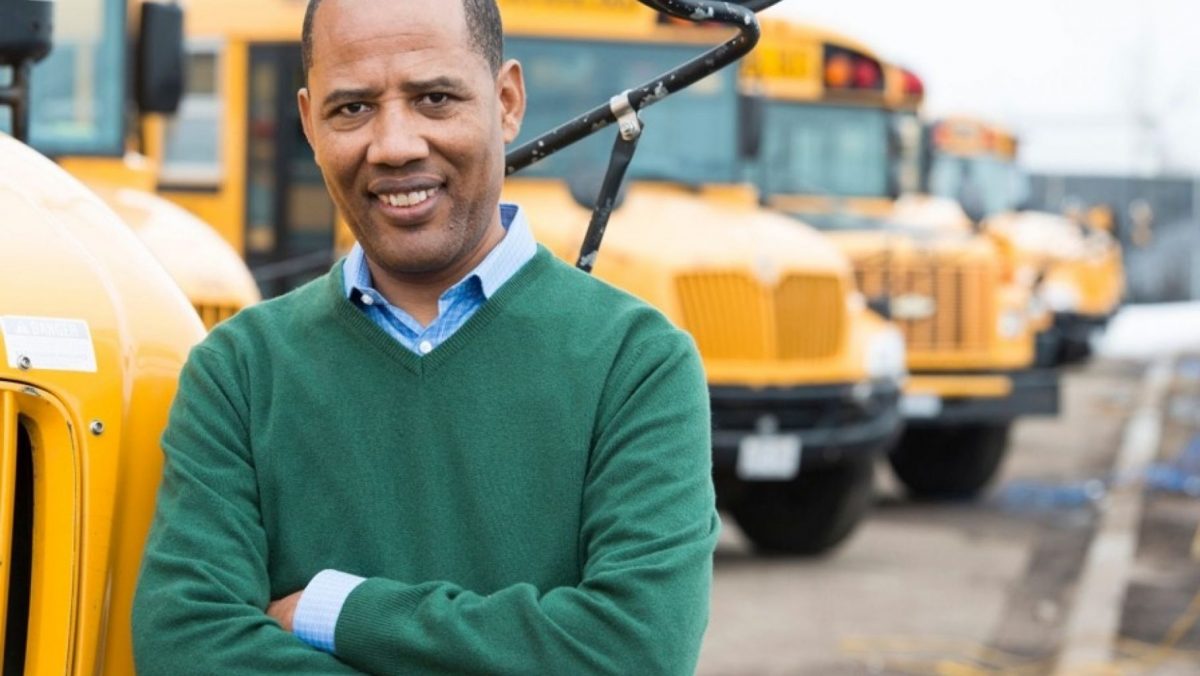 We’re proud to have built a new home for this wonderful family, recently featured in the Artisan Home tour.

American Dream is alive and well for African immigrant entrepreneur 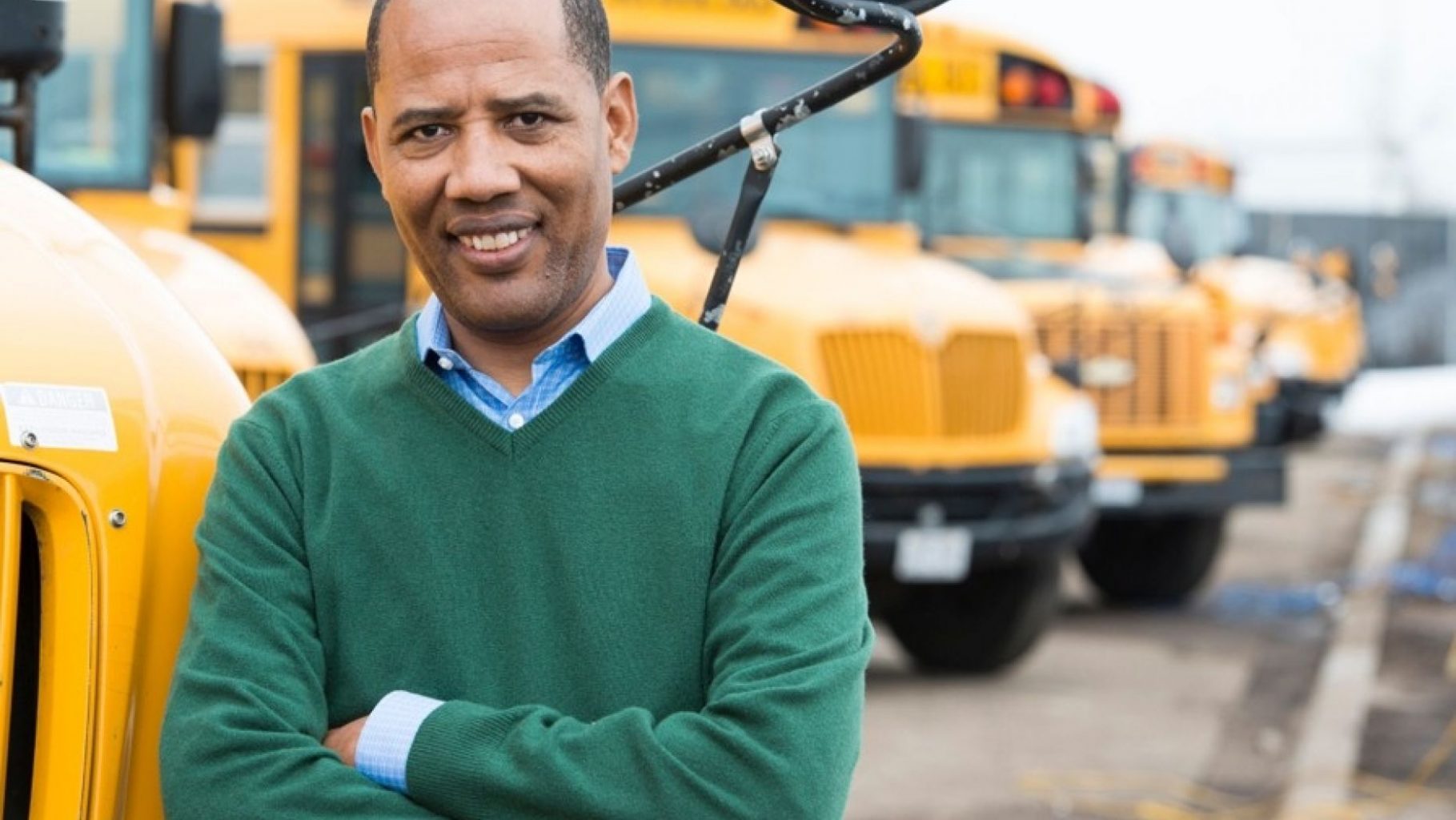 When Minneapolis entrepreneur Tashitaa Tufaa came to the United States from his native Ethiopia he quickly embodied the American spirit.

The political refugee, now in his late 40s, came to this country in 1992 with nothing to his name and worked his way up from washing dishes to running his own transportation company that still continues to grow.

Tufaa says that his drive was inspired by his adopted home.

“I had read a lot about America,” he said in a recent interview with Fox News. “Even though I had never been, I have always been a fan of the American way.”

Tuftaa was born in the Ethiopian village of Aloo and grew up working on his family’s farm with his 13 siblings until he attended an American college in Zimbabwe. He eventually returned to Ethiopia, where he was a history and English teacher until the early 90s when he decided to leave due to his native country’s changing political climate.

“I wasn’t forced to leave my country,” he says. “I just knew that it was time to leave when I saw politicians fleeing. I knew it wasn’t safe. I came here and decided not to go back.”

“Even though I had never been, I have always been a fan of the American way…”

He was granted political asylum and wound up in the city of Minneapolis, where he stayed in low-income housing with old college friends who had emigrated from Zimbabwe. He recalls the first day he stepped on American soil:

“It was a very beautiful day,” he says. “I was in downtown Minneapolis. I was amazed by the tall buildings and how clean it was compared to where I came from.”

Tufaa says that during those initial days in the U.S.  it was difficult to find a job, but he never once thought about wavering.

“It was definitely hard. If you wanted a white-collar job, there were not many available,” he says. “My first job was as a dishwasher at the Minneapolis Hilton for $5.60 an hour and I thought at the time that it was great.”

Tufaa washed dishes for about ten months before moving on to a manufacturing job and a security position before enrolling in graduate school at the University of Minnesota. He continued working security jobs as he went through school.

Tufaa says that those initial days in the U.S. were difficult to find a job, but he never once thought about wavering.  (Courtesy of Metropolitian Transportation Company)

“I would work until midnight and during the day in between my morning and afternoon classes,” he recalled. “I had few hours to sleep, but the biggest thing was these opportunities for work. We were not able to get this back home. You were lucky if you were able to get one job, here, I could get three jobs.”

Tufaa eventually graduated from school and wanted to pursue a career as a diplomat but quickly found out that he would have to be a U.S. citizen to do so (he became a citizen in 2000). Instead, he started working for the Minneapolis School District and then the city’s housing authority. He also worked extra jobs as a taxi and bus driver.

“That’s when I decided to form my own company.”

The determined Tufaa set out to market himself to school districts in the area, looking to provide transportation services for students.

“It was rough building it up,” the entrepreneur said. “On paper, my company was incorporated, but technically, I had no experience. People generally don’t trust you if you can’t show them your experience.”

In September of that year, Tufaa finally started gaining that experience when he started providing bus services to a handful of special needs students. School administrators took notice of the stellar job he did and he started receiving more and more work from the district, putting nearly all of his profits back into the business.

The entrepreneur says that he is looking to expand his company into other facets of public transportation.  (Courtesy of Metropolitan Transportation Authority)

Eventually, Tufaa was able to establish his company, Metropolitan Transportation Network (MetroTN) and soon after he received his first large contract with the Beacon Academy School after their original bus provider went out of business mid-year. About 300 of the school’s 400 plus students ride MetroTN buses to this day.

Business continued to grow for Tufaa and MetroTN now boasts three facilities in the state, with a fourth on the way in October. The company currently includes 300 employees, including several family members who also emigrated from Ethiopia.

“They had to apply like everyone else,” he says, half-joking.

Along the way, Tufaa maried and he and his wife have five children ranging in age from eight to 21.

He looks to continue the expansion of MetroTN and serve other facets of public transportation in the city he has called home for nearly 25 years.

“I believe in the American dream because I appreciate what this country can provide to people like me,” Tufaa says.

“If you are free, you can exercise your talents in many different ways. I am free as long as I don’t do anything illegal. I can do anything.”