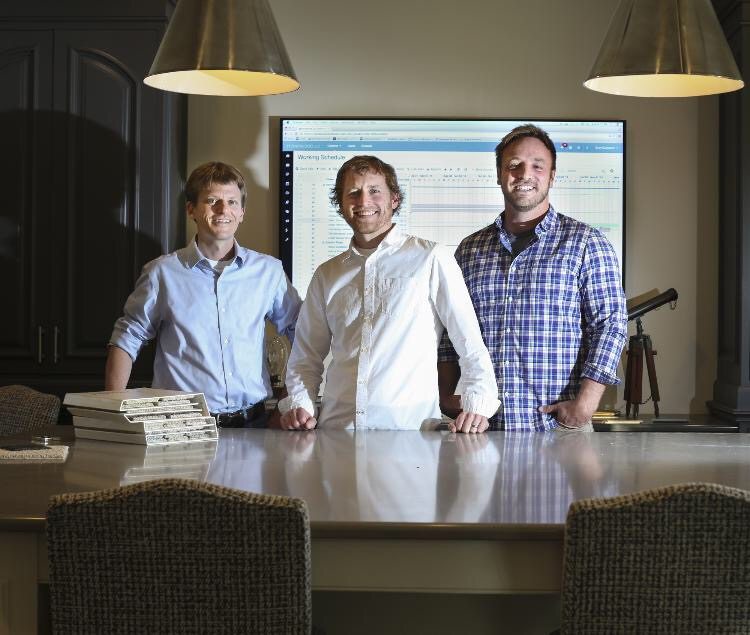 A Wayzata homebuilder developed software to make construction easier and create a better experience for clients.

As a fourth-generation homebuilder, Sven Gustafson knows he’s not just selling houses. His customers expect far more than that.

From start to finish, builders juggle thousands of moving parts and a mind-boggling array of expectations, but there’s no industrywide standard for managing that process.

For decades, Gustafson’s company, Stonewood LLC of Wayzata, has relied on a combination of tools, including spreadsheets and computer programs, but all of them fell short. “We’ve always had cobbled together systems,” he said.

Many of the software programs he was using didn’t pass muster, he said, because they didn’t allow everyone involved in the process to access or input information, and to communicate with one another.

“They were more frustrating than they were useful in that they didn’t actually enable our employees to do their job,” he said. “And they provided limited information to the client.”

Gustafson, a former accounting software developer, knew there had to be a better way.

About three years ago, he commissioned a software developer to build a Web-based tool that’s able to manage the entire process of construction management, from keeping track of budgets to updating the construction schedule to an inventory of materials.

“It’s a connection point for everyone involved in the process,” he said. “It cuts down on the verbal communication.”

The software, called BuildTools, remains a work in progress that gets updated almost daily as users discover new ways of making it more useful or efficient. For Gustafson, it’s also become a thriving business.

Although selling the technology to other builders was never part of the plan, Gustafson’s competitors caught wind of what he was doing and wanted the program themselves.

“It’s a heck of a tool,” said Jon Schoenheider, owner of Regency Builders in Milwaukee.

His company has gone paperless because of the software, Schoenheider said. His buyers always know how much money they’re spending and they can easily access information about every aspect of the house, including the paint color they picked for every wall.

“Instead of going into the basement to look at the paint can, it’s now in the cloud,” he said, referring to a computer network. “Customers love it because if seven to eight years from now they need to repaint, they can go to the initial source — they have all the contacts right there.”

Subcontractors benefit, as well. Instead of driving to his office at the end of every day to review construction drawings, contractors can view them online. Buyers are also able to see exactly what’s happening on the job site without visiting so that they can accurately plan their move.

Clients can access the software via the Web or on free apps for smartphones and tablets.

Like Gustafson, Schoenheider says that BuildTools has given his company a competitive advantage over homebuilders who don’t offer such a system.

“Most homebuilders are still pretty old school, and most custom builders are ma-and-pa shops that don’t want to invest in this,” he said. “So it’s a differentiator for me.”

BuildTools now has hundreds of users in 23 countries and eight employees in Costa Rica who are constantly updating the software and offering support to its users.

While the company has grown considerably, Gustafson is still focused on homebuilding and has hired someone to manage the software business.

“It’s a really attractive diversion because it’s fun and I enjoy it,” he said. “But I have to be intentional about not getting too involved.” 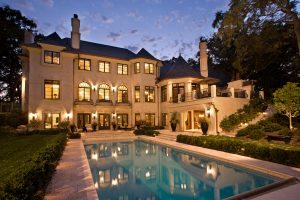 In the upcoming weeks, we will be sharing a new perspective of our homes. Currently, we showcase our work with photographs but believe the videos will provide an additional sense of what it truly feels like to live in a Stonewood home. Stonewood teamed up with Spacecrafting to create three videos that will show three completely different styles of homes.

The first video features the 2014 Parade of Homes Dream Home located in Edina. This home is contemporary, elegant, and features an amazing four- season porch. For those that had a chance to stop by during the Parade, the Japanese Spa Bath and Downstairs Media Room definitely did not go unnoticed.

The second video also features a home built in Edina. From the arched exterior windows to the breathtaking architectural design of the interior, this French Provincial home is simply magical. We especially love how the video captures the warm and cozy den while exposing the secret doorway located behind the bookcase.

In the third video, you will see a home built on Lake Minnetonka. We wanted to show the lifestyle factor for homeowners who build on the lake. Not only will you see the intricate millwork, Juliet balcony, and enormous cast-stone fireplace of this beautiful Tudor-style estate, you will get a glimpse of the outdoor amenities these homeowners are able to enjoy.

We have already released one video and expect the others to be launched in the next couple of weeks! Checkout https://www.facebook.com/stonewoodhomes for behind the scene photos.